The Foothill Striders fund two scholarships each year for graduating high school seniors in Blount County. Payments will be made to each student’s financial aid office at the beginning of the fall semester.

We are currently accepting applications for the 2023 scholarship program. The completed application, supporting documentation, and reference letters must be postmarked by April 23, 2023, for consideration. 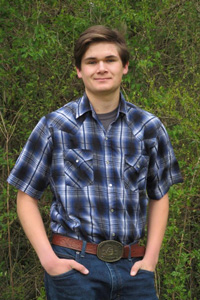 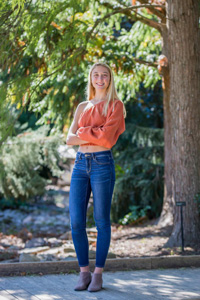 Tyler Henson and Andie-Marie Jones are the 2022 recipients of a Foothills Striders’ Scholarship. The awards are given each year to two Blount County students, who have distinguished themselves academically as well as physically by participating in sport activities, such as biking, hiking and/or running. Both Tyler Henson and Andie-Marie Jones will receive a $2,000 scholarship from the Foothills Striders in the fall to assist with their upcoming college expenses.

Tyler is a graduate of William Blount High School and the son of John and Wendy Henson. He plans to attend Pellissippi State Community College, then transfer to the University of Tennessee to pursue a degree in Criminal Justice. Andie-Marie is a graduate of Maryville High School and the daughter of Todd and Stacy Jones. She will attend the University of Tennessee (UT) to study nuclear engineering. Andie-Marie signed a National Letter of Intent to run cross country, plus track and field at UT.

Tyler indicated that he has been involved in running since the third grade. He ran cross country for nine years and track for five years. He was the recipient of multiple medals and team awards. He loves the outdoors and always looking for a chance to ride on county roads or to hike the trails. He is a member of the Track and Field Team, the Cross County Team and the Criminal Justice Club. Tyler carries a high GPA and is an Eagle Scout. He was recognized as Employee of the Month at Food City in March. He works approximately twenty-five hours a week, but still finds time to volunteer. One of his references stated, “I am most impressed by Tyler’s strong work ethic and desire to positively impact the lives of others in the community.” Tyler wrote that he hopes to further his community involvement after graduation. His goals are to eventually work for the FBI or the Department of Homeland Security.

Andie-Marie began running when she was five years old with her elementary school’s running club. She is the school record holder for multiple distances and a multi-year All-State competitor in track and cross country. She completed a number of advanced-placement classes, such as Calculus, Chemistry, Physics and Statistics, and earned A’s in all of them. Plus, Andie-Marie earned multiple academic letters in other subjects. One of her references stated, “She is always ready to assist her classmates and readily shares her notes with other students who may be struggling.” Andie-Marie wrote in her essay that she appreciates the volunteers at the races she runs, and that she gives back when she can by volunteering at local races. During her junior year, Andie-Marie was selected to represent Maryville High School as a Daily Times correspondent.

The Scholarship Committee is very impressed by the quality of candidates of the application packages received in 2022. Including this years’ recipients, the Foothills Striders will have awarded $96,900 since 1987. The club’s website is located at http://www.foothillstriders.org/.