The Foothill Striders fund two scholarships each year for graduating high school seniors in Blount County, and this year the application deadline is April 21st. Awardees will be notified in May 2021 by phone and by email. Payments will be made to each student’s financial aid office at the beginning of the fall semester. Click here to get more information and download an application today. 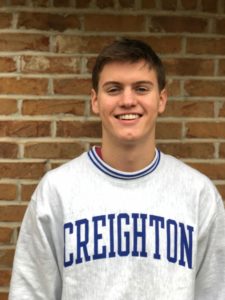 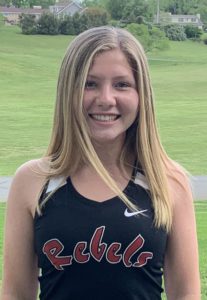 MATZEK, WARD AWARDED
FOOTHILLS STRIDERS SCHOLARSHIPS
Madeline Matzek and Thomas “Tommy” Gregory Ward are the 2020 recipients of a Foothills Striders’ Scholarship.  The awards are given each year to two Blount County students, who have distinguished themselves academically as well as physically by participating in sport activities, such as biking, hiking and/or running.  Both Matzek and Ward will receive a $2,000 scholarship from the Striders in the fall to assist with their upcoming college expenses.

Madeline Matzek has been on her school’s track team for four years.  She holds multiple records at the local and regional levels, and her relay team won the state championship in 2019.  Madeline has truly enjoyed being a part of the Maryville Track and Field team.  The last two years, Madeline has been given the opportunity to help guide and mentor upcoming freshman sprinters.  She indicated that her running times and leadership skills have improved while working with the younger athletes.  Madeline learned to “treat others as individuals and not as objects.”  As a part-time job, she has been a swim instructor for the past five years.

Tommy Ward became involved in track and cross country as a sophomore.  He has an outstanding record at track meets and in a third of all his events he has placed first.  Tommy swims, bikes and hikes to cross train.  Before the Appalachian Trail (AT) closed to hikers, he backpacked with “Wildcat,” a well-known thru-hiker in our area.  Tommy has a perfect unweighted 4.0 grade point average, which is even higher when you factor in his Advanced Placement classes.   One of his references wrote, he “is one of the most impressive young men I have known in my career.”

To date, the Foothills Striders will have awarded $92,900 since 1987.   The club’s website is located at http://www.foothillstriders.org/.